Specimen is constantly changing form and attributes depending on subject's personality but most common form resembles a wall of moving anatomy symbols. Only effective on subjects with past trauma or a history of psychological issues.

Specimen 7 is a hostile enemy in Spooky's Jump Scare Mansion, first encountered at Room 411, which from the player's perspective, spans several rooms.

Upon closing to the end of Room 410, The White Cat appears in a dark room, which has an illuminated door at its other end, to give the player a cryptic warning.

Upon entering the door, the player sees themselves in a blood red, rotating hallway. After exiting this hallway, Specimen 7 will start chasing the player. From that point on, the player must run through a series of twisted maze-like corridors with shifting images along the walls, created by the player's mind under the influence of Specimen 7. The chase sequence will end at Room 430.

Though slow, Specimen 7 kills the player immediately upon contact.

The best method of avoiding Specimen 7 is to focus only on finding the path to the exit, and not succumb to the environmental distractions.

Specimen 7 is the only specimen in the game to span the entire horizontal length of each room it chases you in. Due to its form as a shifting wall, Specimen 7 will slowly consume the entire room from its direction, killing the player on contact. Therefore, it is essential to reach the exit as quick as possible.

The labyrinth Specimen 7 chases you in branches into various dead ends, meaning the player must be alert of their surroundings and quickly backtrack when necessary.

The shifting images that appear on the walls are only meant to distract the player, but have little impact on navigation - they do not attack the player by any means. The player should then simply ignore them, and focus on escaping.

Unlike the original game, the Specimen is now 10 degrees at an angle and the rooms the chase take place in are now slightly darker.

Specimen 7's starting room has been drastically changed. Now, the player will see a hallway with the threshold of consciousness sign on the floor. The player will have to run into the wall, breaking it down. Then, a massive room is seen with a huge clock in the middle of it.

On each side is all the doors for the other rooms. The player must enter a door which leads to the normal room layouts for a few rooms. In these few rooms, other specimens may give chase, albeit for a very short time.

In Endless Mode, Specimen 7 can now appear like in Story Mode within its rooms and will not re-chase. No other specimens can join the chase, although specimens can chase the player when going through the rooms around the clock. 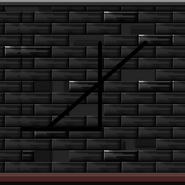 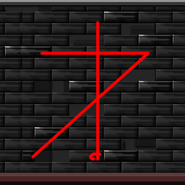 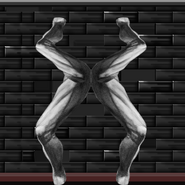